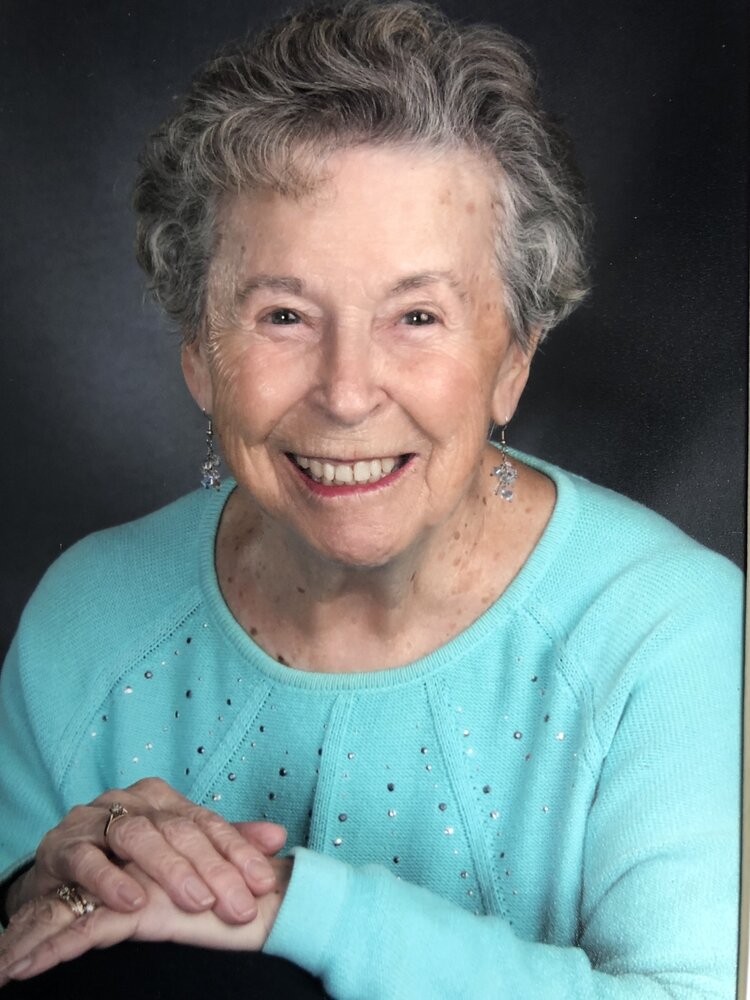 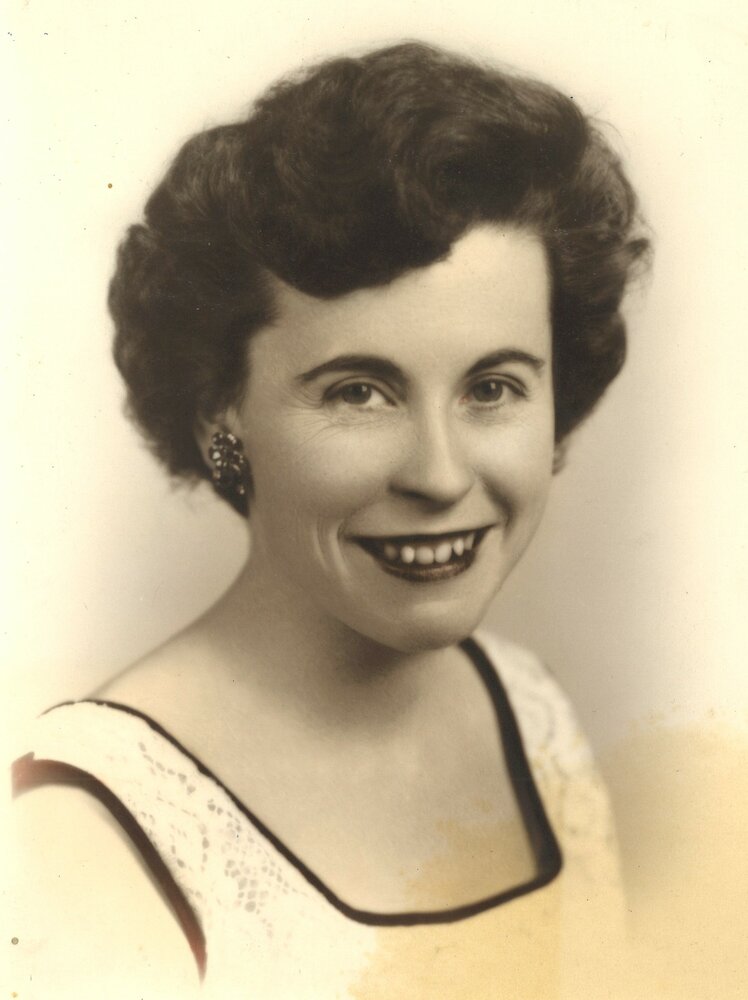 Public visitation will take place on April 25, 2022, from 6PM - 8PM. A Mass of Christian Burial for Jacqueline will be held at Holy Redeemer Parish, 316 Somerset Street, Saint John, on April 26, 2022, at 11:00AM. Interment to follow at Ocean View Memorial Gardens. Masks will be mandatory for those attending the visitation and Mass.

It is with heavy hearts and gratitude that we share that the lovely Jacqueline Frances Montgomery passed away on January 1, 2022, with her family by her side, as she made her journey home. Jackie, also affectionately called Smiley, Irish Eyes, Mom, Momma, or her favourites Nannie J and Nurse Jackie, slipped out to attend a New Years Day Celebration in her honour at the Pearly Gates. Not one to go for the hoopla on New Year’s Eve, or take from her son’s birthday, she opted for a grand entrance on New Year’s Day. Surprise parties were hard to keep from Jackie, something we were rarely successful at, and we suspect God too, despite all attempts was probably not having any more success than we did at surprising Jackie with a Celebration of her Life. We know her smile will be radiant and her twinkling eyes dancing as she is received by Christ and joined by her departed family, friends, and the countless new friends she will continue to make.

Jackie was an extraordinarily hardworking & dedicated mother, always putting the needs of her family and others ahead of her own. Even through hardship, she approached everything with joy and found ways to earn a dollar and stretch it to its full elasticity to take care of her children. She bravely left her small town of St George and came to Saint John in 1950 to study Beauty Culture and graduated as a Hairdresser in 1951. There she met her lifelong friend Midgie, whom she has missed dearly the past years. Jackie was known throughout the North End as the Local Avon Lady, Hairdresser and Seamstress to many neighbors and friends. In 1976 Jackie completed the Red Cross Home Makers Course and off she went assisting families in need and imparting her caring ways to others. A few years later Jackie went to work at St Joseph’s Hospital and she truly loved her many years of service there. She made many friends and enjoyed displaying her crafts for sale in the lunchroom for her colleagues. Over the years Jackie discovered that beyond her gift of spreading sunshine through her graciousness, and gentle heart she possessed artistic talents in crafting, quilting, and painting. Her treasures grace the homes of many families and friends and are a reminder of her love & generosity. In the last few years, mom realized her supper power was hearing, always a good listener, she now was the unofficial appointed ambassador and translator in the dining room at Shannex as her dining mates would ask her what was being said at other tables. She welcomed new residents at Jubilee Hall, offering to sit with them at meals and introducing them to others until they felt comfortable and at home there. She was still making lifelong friends well into her 80’s. At her nursing home, she could be seen to perk her ear as staff and residents spoke in the hallway, often hushing us so she could hear and be kept in the loop. She loved to be around the young staff and at Concorde Hall, she would often be found “hanging out” at the Nurses Station and accompanying them during rounds. Loving staff had a Shannex name badge made for her labeled “Nurse Jackie”, which she proudly wore and continued her work serving others. Jackie’s humour blossomed throughout the years, and when the pandemic began and our only communication was over the phone, she began sharing her joke of the day from her daily calendar. We decided to share her jokes each day on FaceBook to brighten others' day during a difficult and bleak time. The Shannex Corporate Head Office caught wind of it and asked for us to share them on their corporate page. She developed quite a daily following of people checking in for a spot of humour from “Jackie’s Joke of Day”! Her best jokes were the ones, she would confess she did not get, and when explained to her, her laughter upon hearing it back would send us into giggling fits. We suspect Jackie and Betty White are making introductions, sharing jokes, and making fast friends. Although Jackie's gifts were abundant, her greatest hurdle was most likely attaining her driver’s license in her forties. Known throughout her life for steering toward whatever she was looking at. She once, while out riding her bike, came across a neighbour out with his horse on the opposite side of the road. She proceeded to talk with him, which of course made her steer toward him. After several warnings now watch where you’re going and to be careful that horse kicks, she proceeded to drive her bike across the road toward the neighbour and horse and drive directly under the horse. Magically she, the neighbour, and the horse came out unscathed, and over the years she somehow managed to keep her car out of the ditches and enjoyed many adventures and road trips with her dear friend Marilyn along with many beloved friends and family. Jesus take the wheel, although well known in recent years as a Song by Carrie Underwood, was a phrase we all prayed long before the song came out, when traveling with Jackie.

Jackie was born in Calais Maine, August 2, 1930, to her parents Leonard & Marion (Molly) Steeves, who passed away when she was 21 months old and then Jackie was lovingly raised by her parents the late Henry & Phyliss McGrattan of St George NB. Jackie is predeceased by her husband Robert Montgomery, brothers Kenneth, Edward & Leonard Steeves, and John, Patrick, and Henry (Junior) McGrattan, her sister Marjorie Saxton and best friend Midgie Jennings.

Rest in Peace sweet Jackie, you have walked the good walk, been a loyal and faithful servant of God, a loving and caring Mother, Grandmother, and friend, your brilliant light will light our paths forever. You are and will be eternally loved beyond words and measure.

Special thanks to the Staff of the Shannex Parkland in the Valley, for your tender care, respect, and friendship you gave to Jackie over the years.

Arrangements are under the care of Brenan’s Funeral Home, 111 Paradise Row, Saint John (634-7424). Due to the circumstances of the current pandemic, there will be no public visitation at this time. The family will be planning a Mass of Christian Burial at a later date, and a notice will be published as to the date and location. To honour Jackie, please consider taking the time each day to pass on a brilliant smile to someone and/or a donation to a local food basket or shelter to help raise up someone in need.

Share Your Memory of
*Updated* Jacqueline
Upload Your Memory View All Memories
Be the first to upload a memory!
Share A Memory