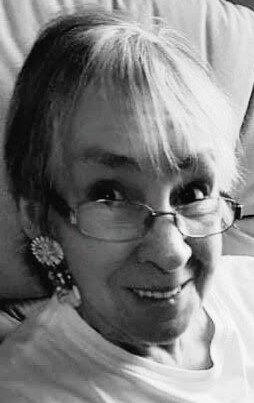 Marie Caley (Evans-Bacon), beloved wife of the late John James Caley (2020), passed away at Bobby’s Hospice on Sunday, January 23rd, 2022. Marie was born in Saint John on May 20th, 1939, to the late Robert Evans (Olive) of Montreal, and the late Marion G. (King-Evans) Maxwell of Saint John.

Marie enjoyed gardening, as well as photography. She captured photos of 74 covered bridges across the province, with her son Chuck and granddaughter Krista. In latter years she loved being a part of the north end community centre, continued to knit, crochet, craft, and loved getting caught-up with her friends and family on the phone, whether near or far.

Friends and family will be received at Brenan’s Funeral Home, 111 Paradise Row, on Thursday, February 3rd, 2022, from 5pm to 8pm, where the Funeral Service will be held on Friday morning at 11am. Cremation to follow. Private Interment in Cedar Hill Cemetery.

Due to Covid-19 health measures placed on indoor gatherings by the Government of New Brunswick, all those 12 and older attending the visitation and service will be required to show proof of vaccination and a piece of government-issued ID or proof of medical exemption.

Donations in Marie’s memory may be made to Bobby’s Hospice. Online condolences and memories may be shared at www.BrenansFH.com.

Share Your Memory of
Marie
Upload Your Memory View All Memories
Be the first to upload a memory!
Share A Memory