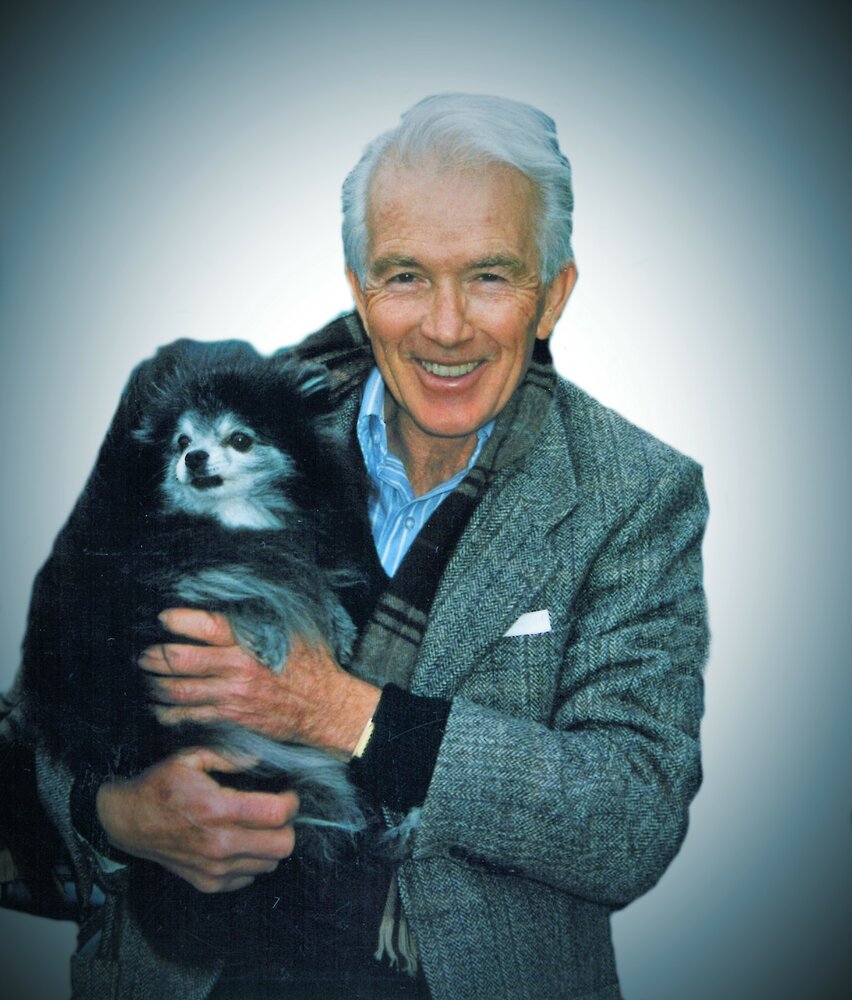 At home and at peace, on February 8, 2022. Jack was the youngest son of Errol & Dolly (Westbrook) Wait, born on the family farm in St. George, Ontario (1927). He was predeceased by his sisters, Priscilla & Joan, his brother Jim (James) and his first wife, Marian (Keilty) Wait. He is survived by his wife Brenda Walker of Rothesay, his son and daughter in law, John & Donna Wait of Fredericton, his grandchildren, Alex Wait of Toronto and Megan Wait of Moncton; and several nieces and nephews.

Jack began his practice in Perth-Andover, NB, moved to Hamilton & Dain City, ON and came to Saint John in 1959 to take ownership of the Saint John Animal Hospital. At that time, he was the only veterinarian in the Saint John area, and working all hours of the day and night was part of the job. He enjoyed all aspects of operating a small animal practice, as well as looking after large animals. He cherished lifelong friendships with childhood friends and professional colleagues, and everyone he met along the way. He was an avid fisherman, a competitive golfer, an ardent skier, and later in life, there was time for bowling, playing pool & poker. But he was always a farm boy at his core. He was a loving husband, father, grandfather and uncle. He will be sorely missed, but never forgotten.

The family wants to thank Dr. Le for his care and understanding during his final years. Arrangements are under the care and direction of Brenan’s Funeral Home, 111 Paradise Row, Saint John, NB (634-7424). A private service will be held at a later date. For those who wish, donations in Jack’s memory may be made to the Animal Rescue League or a charity of the donor’s choice. Online condolences may be placed at www.BrenansFH.com