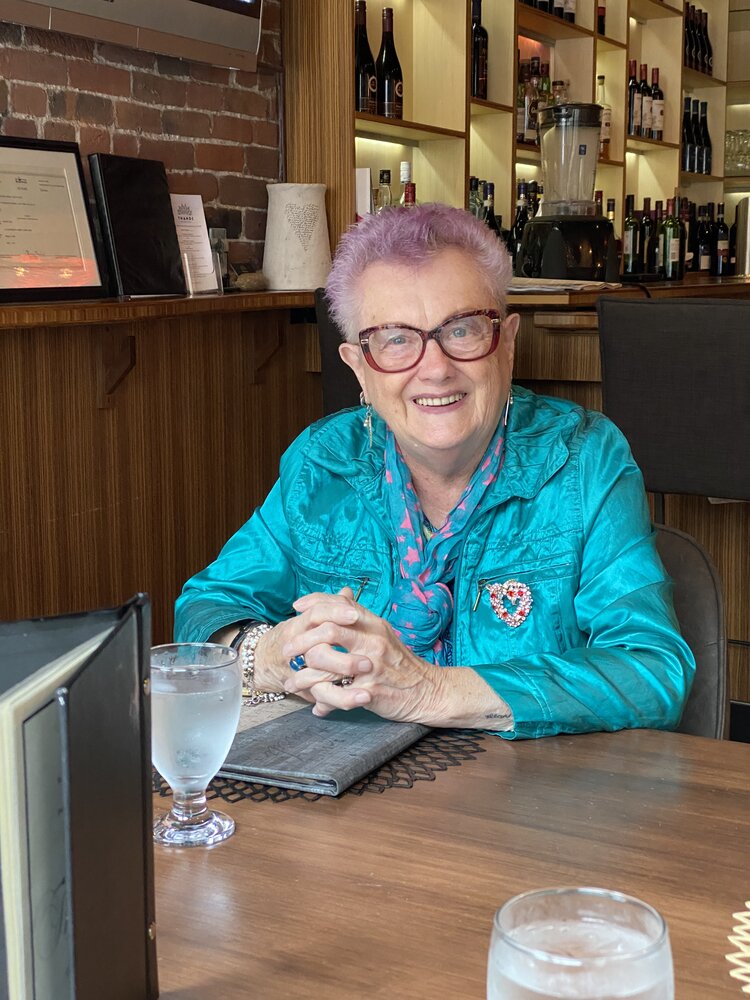 It is with heavy hearts that the family of Judith Ann Meinert announce her passing on Monday, March 21, 2022, after a brief illness in the Surgical ICU of the Saint John Regional Hospital, surrounded by her family. Born in Brookville, NB, on September 26, 1940, she was the daughter of the late Gustav and Sarah Jane (Burden) Meinert and was the wife of Ralph Douglas Thomas for 17 years.

After graduating from Simonds Regional High School in 1958, Judith attended the New Brunswick Teachers College, which started her teaching career in 1959. In 1980, she attended UNBSJ for her Bachelor of Teaching which led her to the opportunity to later attend UNB Fredericton on a sabbatical study leave from 1987-1988 to achieve her D.A.U.S. (Diploma of Advanced Undergraduate Study, equivalent to Bachelor of Education). Judith enjoyed a long and fulfilling career as an elementary school teacher. Through her passion, conviction and guidance, she inspired and changed many children’s lives.

Judith was blessed with gifts of tenacious leadership and she chose to use these skills to be a strong advocate for those on the margins of society. These skills were utilized in collaboration with many community groups. Judith was a public speaker for Project Ploughshares, a peace-centred group active in Saint John from 1981-1993. She was co-founder for People to People, a Saint John refugee support group from 1989-1995. Judith put her heart and soul into her volunteer work for AIDS Saint John, now named Avenue B, from 1990-present. She also co-founded PFLAG Saint John with Wayne Harrison in 1996 and was the driving force behind Saint John’s first Pride Parade. She was a recipient of the Saint John Chapter of PFLAG Canada’s Champion Against Homophobia and Transphobia. Judith had a strong faith in God and a spiritual connection with the Catholic Church. She was a graduate of 1993-1995 Lay Ministry Associates, Roman Catholic Diocese of Saint John and has received training for various ministries from 2001-present. Judith has been an associate of the Sisters of Charity of the Immaculate Conception for over 20 years. Recently, Judith focused her volunteering with the New Brunswick Black History Society in Brunswick Square, Saint John. She assisted during the setup and then volunteered her time, giving tours and welcoming visitors once it was open. She was the recipient of the Queen Elizabeth Diamond Jubilee Award, 2012, in recognition of community activism. Above and beyond all her amazing volunteer work she accomplished through her life, her number one priority has always been her family.

Besides her parents, Judith was predeceased by her siblings: Gustav “Gus”, Dorothea “Dodie” and Lorelei “Lollie”; and her youngest son, Parker Cogswell.

The family would like to thank the physicians and nurses in the Surgical ICU of the Saint John Regional Hospital for their outstanding care and support throughout the week.

In lieu of flowers, donations can be made to Stella Maris Catholic Church or a charity of your choice in memory of Judith. Online remembrances and condolences may be placed at www.BrenansFH.com.

Share Your Memory of
Judith
Upload Your Memory View All Memories
Be the first to upload a memory!
Share A Memory