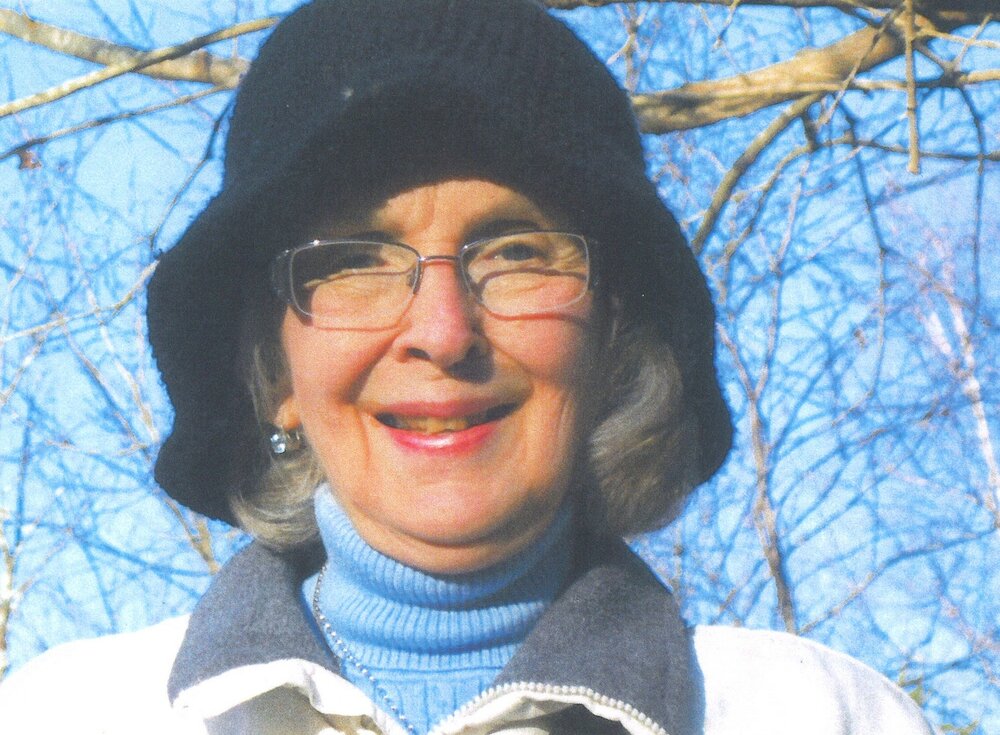 Alice Blanche Huige, beloved daughter of the late William A. Coddington and Eleanora L. Dilbeck, died on Wednesday, April 27th, 2022, at the Saint John Regional Hospital. She was a descendant of earliest settlers of Rhode Island and Massachusetts in the 1630s, and of emigrants from Latvia and Germany in the 1890s.

Alice was born in 1940 and raised in New York City. She was named after her father’s sister Alice and the actress Blanche Yurka, a lifelong friend of her mother.

She graduated from Flushing High School and attended Bard College. After working as a graphic artist and secretary for IBM Corp. for five years she married Gus Huige and happily began a new life in Canada, settling in Vancouver in 1967 where Gus taught mathematics at the University of British Columbia. In 1971 they decided to move back to the East Coast, and settled in Saint John at U.N.B.S.J., while living in Rothesay.

After many childhood medical crises she was told that she would be unable to have children, and so was overjoyed to prove the doctors wrong when her son was born in 1973. Nico was a special gift from God.

Busy as a housewife and mom, she also sold Avon for years. Alice also volunteered as a support person for families and friends of murder victims, following the deaths of a friend and a cousin. Her hobbies included restoring antique furniture, reading, and regularly attending auctions with her friends.

She is survived by her son Nico (Victoria) and granddaughter Chloe.

Donations in Alice’s memory may be made to the Canadian Cancer Society or a charity of your choosing. Online condolences and memories may be shared at www.BrenansFH.com.

Share Your Memory of
Alice
Upload Your Memory View All Memories
Be the first to upload a memory!
Share A Memory