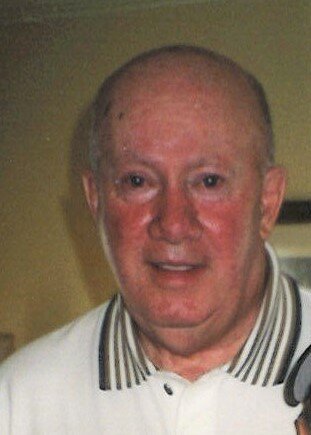 It is with great sadness that we announce the passing of Allison E. Dobbelsteyn, which occurred on Friday, July 1, 2022, at Ridgewood Veteran’s Wing. Born in Saint John on April 28, 1934, he was a son of the late Nicholas and Mary (Frauley) Dobbelsteyn.

Allison is survived by his loving wife, Barbara (Bowes) and his brother, Henry Dobbelsteyn; as well as several nieces, and nephews. In addition to his parents, he was predeceased by his brothers, Nicholas, Joseph, Raymond, Gerald and infant brother, Arthur.

Arrangements are under the care and direction of Brenan’s Funeral Home, 111 Paradise Row, Saint John, NB (634-7424) A Mass of Christian Burial will take place on Wednesday, July 6, 2022, at 2:00PM at Holy Redeemer Parish. Donations in memory of Allison may be made to a charity of the donor’s choice. Online condolences may be placed at www.BrenansFH.com

Share Your Memory of
Allison
Upload Your Memory View All Memories
Be the first to upload a memory!
Share A Memory