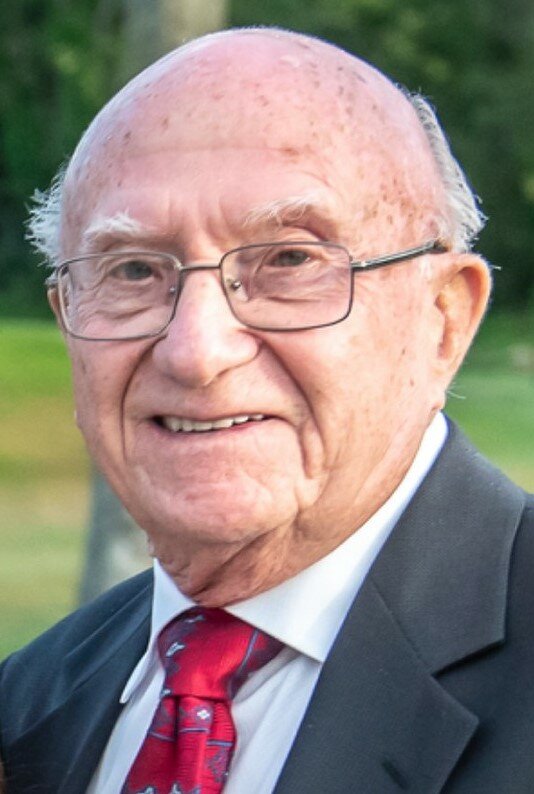 Obituary of A. Lloyd Goldsmith

It is with deep sadness and a feeling of great loss that the family of Lloyd Goldsmith announces his passing on Wednesday, November 2, 2022 at the Saint John Regional Hospital at the age of 90. He was born in 1931 and raised in Brooklyn, New York.

Lloyd had served in the US Army in the communications field, he had an early career as a comedy writer, and he met his wife Francine while they both worked for Blue Cross/Blue Shield in New York. He immigrated to Canada in the late 1950’s. He joined his father-in-law, Abe Calp, learning the ropes of the business that Abe Calp founded in the late 1920’s, Calps Department Store. After closing Calps Department Stores in the early 1990’s, he obtained the Master Franchise rights for Atlantic Canada for Microplay Video Games, both opening stores and selling franchises in the Atlantic Provinces.

In the early 2000’s he would retire for good, summering with Francine in Rothesay and wintering in Boca Raton, Florida. He developed many great and long-lasting friendships after immigrating to Canada and while in Boca Raton he was able to reconnect with his childhood friends that he grew up with in Brooklyn and remained in contact with them for the remainder of his life.

Over the years he became more and more active in the community, volunteering in various capacities including: Board member and President of Shaarei Zedek Synagogue, President of the Saint John Board of Trade, on the committee to oversee the privatization of the Saint John Airport under the Saint John Airport Authority, 1985 Canada Summer Games looking after all things retail and clothing related, active in Toastmasters, Board member and President of the Saint John Jewish Historical Museum and was instrumental in starting up the Saint John Jewish Film Festival, recently just completing its ninth year. After completely recovering from bypass surgery many decades ago he volunteered his time by speaking to patients before and after their surgery, providing them comfort and insight into what to expect and the healing process. He was very proud to be able to give back in such a meaningful way.

Lloyd enjoyed golfing very much, both playing and watching the pros, starting out at Westfield Golf and Country Club and then moving on to Riverside Golf and Country Club. He also curled for a brief period of time as well as played bridge. He was very active in photography, reaching a point where he took and developed all the photos for the advertising used by Calps Department Stores, setting up a dark room in the basement of his home and always kept up on the latest trends in the industry. He joined camera clubs in both the greater Saint John area and Boca Raton, Florida.

Lloyd will be fondly and long remembered for his incredible sense of humour, warm heart, kindness and caring and loving way with his entire family.  The way he loved his family was always evident especially during the family get togethers.

The family wishes to thank the staff at the Saint John Regional Hospital 5C South & the palliative care unit as well as the care workers from Senior Watch who recently with great care, provided assistance with his day to day living.

Lloyd is predeceased by his wife of almost 61 years, Francine, his brother Saul and sister Sarah.

Lloyd is survived by his sister-in-law Lucy Kerr of Halifax, two children, Renée (Mike Belliss) of Darlings Island and Mark (Teresa) of Rothesay, grandchildren Tovah (Brandon Richards), Ali, Ethan, Danielle (Riley Leask) and Ryan, great-grandchildren Aveyah and Fena and many nieces and nephews in both Canada and the US.

Arrangements are under the care of Brenan’s Funeral Home, 111 Paradise Row, Saint John, NB (634-7424). A funeral service will be held on Sunday, November 6, 2022 at 4 PM in Brenan’s chapel with the interment to follow at Fernhill – Shaarei Zedek Cemetery.  In lieu of flowers, remembrances can be made through the Saint John Jewish Historical Museum or a charity of the donor’s choice. Online condolences may be placed by visiting www.BrenansFH.com

Share Your Memory of
A. Lloyd
Upload Your Memory View All Memories
Be the first to upload a memory!
Share A Memory