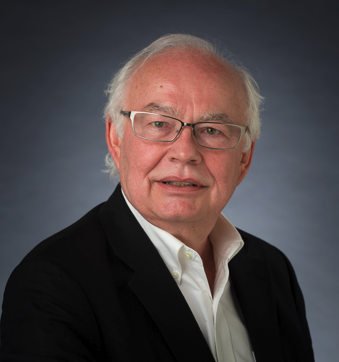 William “Bill” Thompson, loved husband of Cathy Cohen Tait and devoted father to Micah Tait, passed away at his home early Thursday morning, November 10, 2022. In shock and disbelief, Bill’s family mourns his passing. There are no words to express the immense grief his family and friends are experiencing. Bill holds a place in their hearts that will forever belong to his memory.

Bill’s responsibility to his work, colleagues, and clients was his raison d’etre. A career of interesting positions culminated with the founding of Thompson & Associates Strategic Consultants Inc. With close to 40 years of experience in economic development, Bill was involved in numerous projects throughout New Brunswick.

Back-room politics was his passion. Bill’s entire life was spent supporting, developing, and promoting the Progressive Conservative Party provincially and nationally. From his position as Executive Assistant to the Hon. Gerry Merrithew in the 70’s to his role as Deputy Minister in the government of Premier Bernard Lord, Bill reveled in the purpose, comradery and value of democratic politics.

A quick summary of Bill’s life would be unfinished without a nod to the period of time Bill spent in his early 30’s when he was the founder with his friend Doug Patterson of The 1880 – a restaurant/bar on Sydney Street that has provided years of story-telling and memories. Then on to the Show Room on Union Street for a few years as the night scene in Saint John diminished.

With a commerce degree from St. Mary’s University, a law degree from the University of New Brunswick and an interest in thinking beyond the obvious, Bill wove a career that was interesting and diverse and personal. Bill’s clients and colleagues became his friends who would remain friends from that time forward.

Bill and his siblings, Mack (Darla), Norma (Peter), and Sandy (Jody) were the children of the late Isabel (nee Jones) and Louis W. Thompson. All of his relationships with his nieces, nephews, and cousins were held close to his heart. Bill was loved and enjoyed by his sister-in-law Shelley Cohen-Thorley and brother-in-law Lee Cohen.

Donations in Bill’s memory may be made to the Alzheimer Society, Romero House or a charity of your choice. Online condolences and memories may be shared at www.BrenansFH.com.