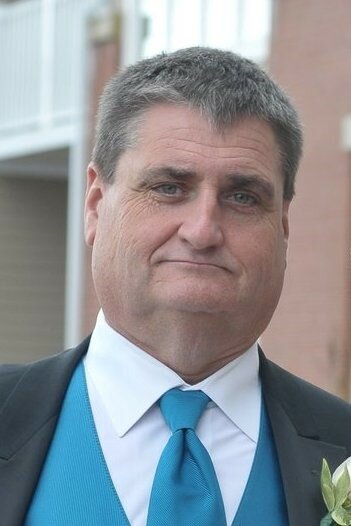 It is with broken hearts that we announce the passing of Michael Allison Porter, husband of Cheryl Lynn (Dore) Porter, at the Saint John Regional Hospital on November 14, 2022. Michael was a beloved husband, father, grandfather, son, brother, uncle, nephew, cousin and friend. Michael was born in Saint John, New Brunswick on August 24, 1957, a son of the late Barbara Joan (McGuire Porter) Pitt and the late Clair Howard Porter.

He was a graduate of Simonds High School and a member of the Rodney Sea Cadets. After graduation from High School Michael began his career in sales with Woodhouse Furniture and then joined up with his stepfather, the late G. David Pitt, as a Furniture Manufacturing Representative. Later he began his own company and was instrumental in establishing Ashley Furniture Company in the Atlantic Provinces. Michael enjoyed the travel especially the trips to the "Rock", Las Vegas and the North Carolina Furniture shows, and he would make us all smile and laugh with tales of his adventures.  He was well respected in the Furniture Industry and his great rapport with his customers was a testament to his passion for people and sales. Over the years he was blessed to have made many good friends.

Michael liked golfing, curling, ATVing, camping at the Three Bears Campground, Jeopardy, and his beloved Miami Dolphins. He took great enjoyment hosting BBQs for his family and friends and especially taking pleasure in joking and teasing people. He made the best Christmas Breakfast's EVER.

Besides his parents, he is predeceased by his sister Catherine Ann Porter, his stepfather, G. David Pitt, his brother, Paul David Pitt, and his brother-in-law, Michael Dean Dore.

We were fortunate to have had someone as amazing as Michael in our lives.

Arrangements are under the care and direction of Brenan’s Funeral Home, 111 Paradise Row, Saint John (634-7424).  Cremation has taken place. In keeping with Michael’s wishes there will be no visitation or service.  An interment will take place at Ocean View Memorial Gardens at a later date.  For those who wish, remembrances may be made to the Canadian Diabetes Society, Canadian Breast Cancer Association, the Saint John SPCA Animal Rescue, or the charity of donor’s choice.  Online condolences may be placed at www.BrenansFH.com.

Share Your Memory of
Michael
Upload Your Memory View All Memories
Be the first to upload a memory!
Share A Memory